This project is concerned with different aspects of making and sharing food. The research explores the histories, cultures and practices related to food-making, as a way to understand how these influence the the politics of food on the table today. The project will be produced in different artistic forms: performance, cooking, drawing and writing; and follows three main threads.

Ode to Asparagus; this thread is thinking historically about the movement of food and cooking in the Mediterranean, and its’ surrounding geographies. I will the capital of the Abbasid Empire (750-1258), Baghdad, as a starting point for this investigation. Centrally located along the trade route, which by the 9th century was in full swing around the world, Baghdad produced a lot of refined recipes as well as a philosophy towards healthy eating. Baghdad also exported—ingredients, recipes, cutlery and etiquette—across the Abbasid Empire all the way to modern-day Spain. This migration of food practices influenced the way we dine today. Ode to Asparagus, will focus on how the movement of people around the Mediterranean basin, brought the ingredients we have in our kitchens today.

The second thread, Holy Cow and the Pomegranate, is a line of research that takes a closer look at the way consuming food is altered to achieve higher spirituality. We we are familiar with these notions in different forms of fasting (such as Lent, or Ramadan), or as a way of life in Hinduism’s vegetarianism. Her I will look for the links between the abstinence of consuming (certain) foods as an ethical/spiritual choice, with the current trend of consuming less meat, and/or vegetarianism, as a choice/reaction to the horrors of meat-farming industries.

The third is Unsung Foods, that looks at food practices related to women and the female body in how certain foods are made to control women's bodies, positively or negatively. For example the foods that nourish a new mother after birth, to give her strength and get the milk flowing for breast feeding; vs. restricting women’s diet of certain foods for the purpose of social traditions such as Bengal Widow’s cuisine (read).

The other is a feminist trope. I want to explore what it really means for women’s liberation to be linked to ‘leaving the kitchen’. I always loved cooking myself, but as a child of the 70's, I was misguided into thinking that a 'feminist' should stay away from the kitchen. But now I prefer to say that as a feminist I should go back to the kitchen, because; what would happen to the rich cuisines of today, if (indeed it was mostly women) did not spent time making food and perfecting it over the centuries? Perhaps the slogan should be, ‘Women; invite men into the kitchen’, so that the kitchen is not the problem in the domestic sphere. The feminist line related to this project is quite complex, and will need more space for elaboration.

As a starting point, I will be hosting ‘food symposiums’ with a few people at a time, to test and explore these ideas around the table with food, and see how these ideas can come together in an artistic practice. 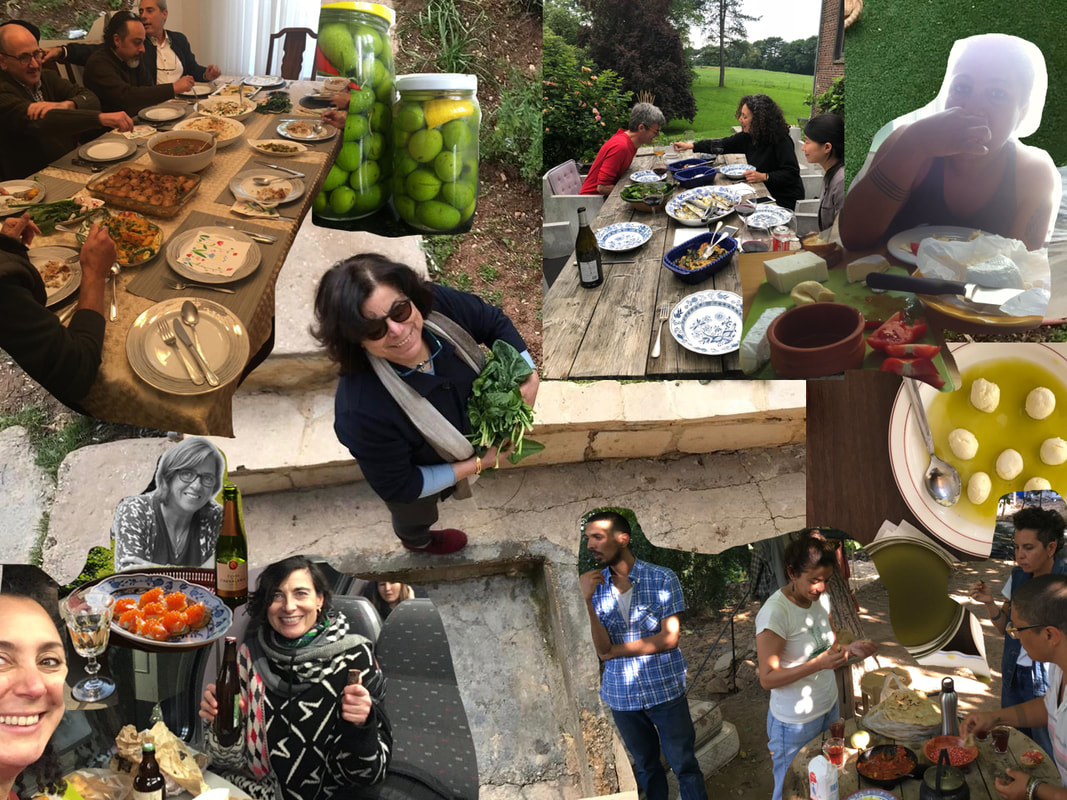